In our recent articles, we’ve had the opportunity to familiarise ourselves with our regular travel buddy during international travel – our passports. A passport is, as you already know, an indispensable part of all international tourist adventures as well as business travel. We hope that you’ve become more familiar with all of the interesting characteristics of this travel document throughout previous articles and that you now have a clear image as to why having and keeping your passport safe is crucial.

In this article, we will demystify even more the process of verifying the passport at a border crossing and explain in more detail how this square-shaped travel companion provides efficient and reliable verification of a passenger’s identity.

You’ve packed your bags, locked the door, plugged out the iron, checked your documents, got to the airport or a border crossing and now you’re at passport control. We are all well aware that a passport is the key element in identity verification by the border authorities, but what does it actually look like and how does a border official get information whether everything’s in order and makes a decision to let you cross?

Step one – Visual verification of the document

You’ve reached border control, you approach the border official and hand them your passport. After the official takes your passport, the first step of verification is to visually inspect the document in order to determine its authenticity. The border official firstly feels the cover pages of your passport in detail to check if it was made from the right material. Then the inside pages are checked and the optical characteristics of the document, such as light refraction and colours, the specially engraved lines, special ink and holograms, as well as other visual elements specific to the country where the passenger’s document was issued. The border official goes through this process to ensure that your document is an original one, issued by a state authority. If the process is completed successfully, the official moves on to the second step of verifying the travel document’s authenticity.

As we mentioned in previous articles, a passport is a standardised travel document, but passports from different countries may contain some additional traits that differentiate them from other passports. Remember the Finnish passport which showcases a moose in motion!

To summarise once again – what all passports have in common is the so-called data page. It is one of the initial pages in a passport and it contains basic information about the passport holder such as his/her photo, name and surname, address, expiration date and passport number. A data page needs to contain an internationally established basic set of data which is standardised by ICAO (International Civil Aviation Organisation). Together with textual data, in the lower part of the data page, there is a Machine Readable Zone (MRZ), where textual data from the data page is embedded as a digital code so that only a machine, that is, a passport scanner can read it.

In addition, passports that have a chip contain all of the aforementioned data in a digital format within that chip. The passport chip is most commonly submerged inside of a polycarbonate data page. The chip is built in such a way that its antenna spreads across the edges of the data page, which makes the wireless RFID communication between the scanner and passport possible.

Apart from scanning the data from the MRZ and the contactless data reading from the passport chip, the more advanced passport scanners can read the textual data from the data page itself by using OCR – Optical Character Recognition. Such scanners contain cutting-edge algorithms that map out the position of characters on the data page and transfer it into a digital format that they are able to read, one letter at a time and then display the processed information to the user as a form of verification.

After the data is read from all sources available for that particular passport, the data is displayed on the border official’s screen and is automatically compared. Apart from the three groups of data we mentioned, the official sees as the fourth group the system data regarding that passport/person, which is not read from the passport but rather from the data base of the border system.

If you are crossing a border of a country whose citizenship you have, it is highly likely that in the very border system there is some basic information about you and your passport which are relevant for the comparison with the data from your passport. The data located in the border system’s database make the forth group of data.

Information from all four sources needs to be identical. The border information system compares all of the groups of data and if there is any deviation, the system notifies the official in a clear manner what kind of deviation it is, also suggesting what steps need to be taken in that particular case.

Apart from data comparison, the information system conducts the process of data verification such as digital signature verification of the data from the passport, automatic check of the document’s expiration date and finally, what is verified is whether the travel document is on any of the lost passports list, as well as a particular set of information on the passport holder.

The procedures described in the previous steps are conducted so as to determine whether the passport is original and also if the information inside of it can be trusted. Conversely, the final verification step includes checking the connection between the passport and the passenger, i.e. the person who claims to be the passport owner. The verification process depends to a great degree on a passport having the chip or not.

If the passport doesn’t contain a chip, the official conducts a visual comparison between the photo of the person in the passport and the person holding it. By visual inspection, it is determined whether the passport data matches the person wanting to cross the border. Apart from the photograph of one’s face, some additional information may be compared, such as the height of the owner, so the passenger may be asked to stand next to a measuring scale to check this information.

If the passport does have a chip, the passport holder identity verification process is automatised to a great degree and depends on the type of biometric personal data stored in the passport chip. Biometric data that can be found on the chip is a photograph of the face, fingerprints and a pupil scan.

What type of data is stored in the passport chip varies from country to country, but a minimal set of data always includes a photo of the face.

If all of the above mentioned steps have been completed successfully, meaning that the passenger’s identity and the passport’s validity have been unequivocally confirmed, the border official gladly returns the travel documents to its bearer and the journey can be resumed.

We are certain that you are fascinated by the complexity of the entire process and the number of steps it entails, as well as the technology that enables the process to be conducted efficiently. If that is the case, we’ve got some great news for you! In the next article, we will be talking about a system that automatises this entire process even more and enables it to take place without a border official – it is the so-called eGate system. eGate is a mechanism that shortens the time needed to verify the passport holder’s identity and the information on the passport, which consequently prevents long queues at passport control counters. Actually, eGate completely eliminates the need for those counters, but we’ll discuss this more in the next article. 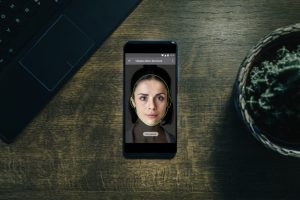 We live in a time in which we are rapidly moving towards a complete digitalization of processes, procedures and the overall way administrative systems function. There is a handful of successful systems that communicate with their users online, so it is normal for eGovernment systems to come to life on an ever-increasing scale. 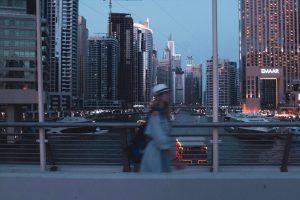 The most sophisticated solution for the passport system in the UAE

Following the latest technologies in entire ecosystem for issuing travel documents, the UAE has decided to upgrade the ePassport issuing system and raise security and safety when crossing the border to the highest possible level. Using agile methodology, the existing Federal Identification and Citizenship Authority (ICA) passport system will be replaced with the safe, high-tech solution we offer. 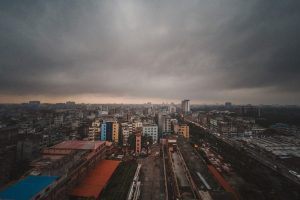 Bangladesh on its road to a digital future

Passports and other travell documents are a key part in creating an safe and secure travell ecosystem. It allows simple, efficient and safe border crossings. Using modern documents with chip, advanced algorithms for comparing biometric data and automatic eGates, modern countries put technology in favour of their citizens allowing them to have as plesent travelling experience as possible.